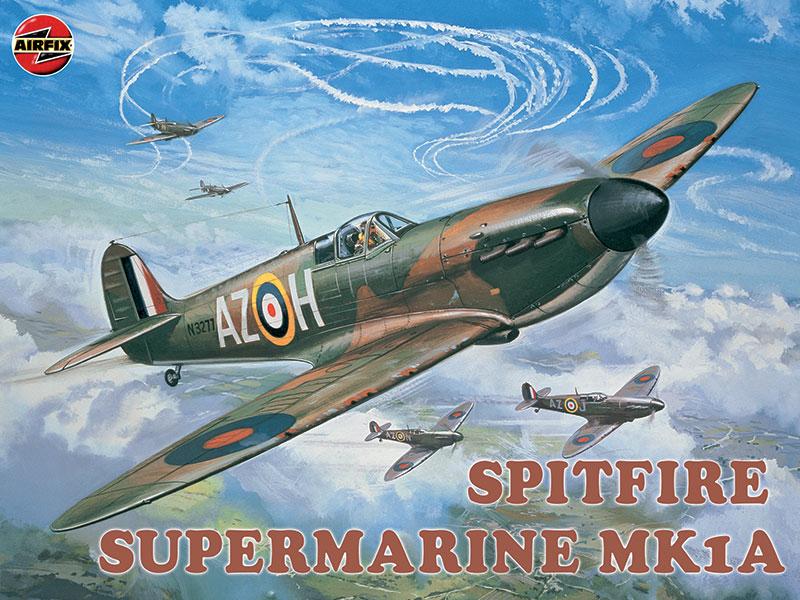 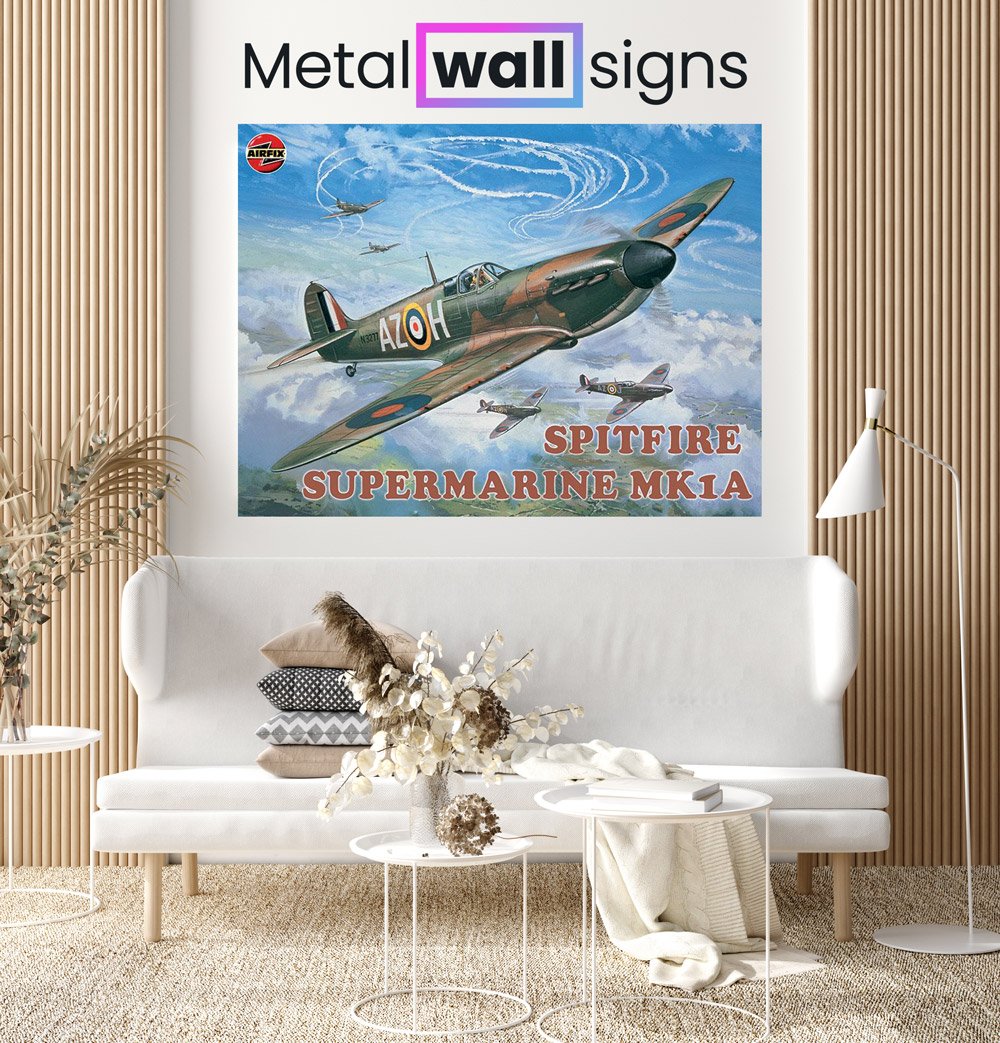 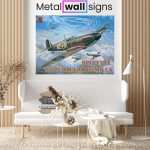 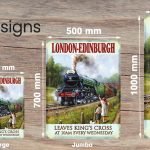 This Airfix picture of the Supermarine Spitfire, is a real celebration of this amazing aircraft. The Spitfire is a British single-seat fighter aircraft used by the Royal Air Force and many other Allied countries through the Second World War and on into the 1950s as a frontline fighter and in secondary roles. It was produced in greater numbers than any other Allied design. The Spitfire was the only Allied fighter in Edit Production throughout the Second World War. This would make a great gift for all military aircraft enthusiasts, Airfix fans and collectors of WWII memorabilia. Large £12, Jumbo £35, Super Jumbo £80.

Airfix picture of the Supermarine Spitfire, a real celebration of this amazing aircraft. The Spitfire, a British single-seat fighter aircraft, used by the Royal Air Force and many other Allied countries through the Second World War. Service continued on into the 1950s, however, as a frontline fighter and in secondary roles. Produced in greater numbers than any other Allied design, the Spitfire was the only Allied fighter in Edit Production throughout the Second World War. Great gift for all military aircraft enthusiasts, Airfix fans and likewise, collectors of WWII memorabilia.

The Spitfire, designed by R. J. Mitchell, chief designer at Supermarine Aviation Works, since 1928 a subsidiary of Vickers–Armstrongs. He continued to refine the design until his death from cancer in 1937. Following his death, his colleague Joseph Smith became chief designer. Its elliptical wing had a thin cross-section, allowing a higher top speed than the Hawker Hurricane and many other contemporary designs.

The distinctive silhouette imparted by the wing planform helped the Spitfire to achieve legendary status during the Battle of Britain. Public perception is often that it was the RAF fighter of the Battle of Britain. However, the more numerous Hurricane actually shouldered a greater proportion of the burden against the potent Luftwaffe.

After the Battle of Britain the Spitfire became the backbone of RAF Fighter Command. It saw action in the European Theatre, Pacific Theatre and the South-East Asian theatre. Much loved by its pilots, the Spitfire saw service in several roles and was built in many different variants.

The Spitfire will always be compared to its main adversary, the Messerschmitt Bf 109: both were among the finest fighters of their day and followed similar design philosophies of marrying a small, streamlined airframe to a powerful liquid-cooled V12 engine.

Your Spitfire MK1A Airfix Metal Wall Art will come with pre drilled holes in each corner for easy fixing. We recommend that your Metal Wall Art is suitable for Indoor hanging (preferably out of direct sunlight) or in a shaded area outside. These signs are NOT UV treated, but you can apply a suitable UV resistant spray post purchase to prolong it’s vibrant colours for a longer period of time ( available from most DIY stores and online ). Signs placed in direct sunlight will naturally fade over time. However, placing your sign in the right place will ensure years of happy viewing.

Please contact us if you have any questions regarding this, and we will be happy to offer advice. If you like the look of our range and love a bit of nostalgia, why not pop over to our parent company Sweet and Nostalgic where we offer a wide range of gifts from the 20th century.

There are no reviews yet.

Only logged in customers who have purchased this product may leave a review.